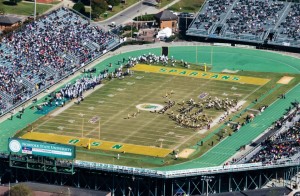 The Spartans football team was slated to start their four-game spring season on Feb. 20 against South Carolina State University. They would play SCSU again on March 20, while the other two games would be against North Carolina Agricultural and Technical State University on March 6 and April 3.

Unfortunately, on Feb. 8, the university announced that the Spartans football team would be opting out of the 2021 spring season due to Covid-19 concerns. Norfolk State became the fourth Mid-Eastern Athletic Conference (MEAC) football team to opt-out of the season. North Carolina Central, Bethune-Cookman, and Florida A&M University have also decided to opt-out of the season with the idea to protect not only its athletes but the coaches, students, and those involved.

The MEAC is down to five teams preparing to play this spring season. Those five teams are Delaware State, Howard, Morgan State, SCSU, and reigning defending champs North Carolina A&T.

Several individuals from Norfolk State spoke out about the decision made to opt-out of the season.

“We are disappointed that we will not be able to compete this spring. Our priority is always to provide a high-quality, holistic academic and athletic experience for all student-athletes, and delivering this news to members of our football program was difficult,” stated NSU Athletic Director Melody Web.

Head football coach Latrell Scott is entering his 6th season. Coach Scott became the 17th head coach and led the Spartans to their best offensive season since moving to Division 1.

“This was a very difficult decision to make, we made the decision based on the safety and welfare of our team. With everything that is going on with the pandemic, we want to make sure that all of our decisions are student-athlete driven. We look forward to being able to compete in the MEAC next fall,” he said.

Even the president of Norfolk State had difficulty with the decision to withdraw from play but supports the coaches and Athletic Department.

“Our student and employee health, safety, and well-being is a primary concern at Norfolk State University. Making the decision not to compete during the spring 2021 football season was difficult, but necessary. Football is a high-impact sport, which made the determination complex. The decision made by the coaching staff and the Athletic Department is one that I support. We look forward to the fall 2021 football season,” said President Adams-Gaston in a statement to the university.

Obviously, the decision was difficult for NSU football players, but they understand the reasoning behind it.

“Obviously, nobody wants to opt-out from getting to play the game they love, but it’s bigger than that. The coaches and staff made the decision to protect the players for the future, and we just got to take advantage of the extra time we got off. We will be back and coming for the MEAC,” said Senior Quarterback Juwan “Pootie” Carter.

Redshirt Freshmen Defensive back Zion Lewis was almost at a loss for words.

“I just want to play ball, man. It’s like you work hard for something for it to keep getting taken away. Everyone’s safety is important. Football is important as well,” he said.

The Spartans had planned to use this time to prepare for the upcoming fall season like they would during regular times after the season. The Spartans will be transitioning from preseason training to their regular spring season, getting the players ready and keeping them as safe as possible so that the fall season will be their opportunity to show the MEAC they are back and even better.