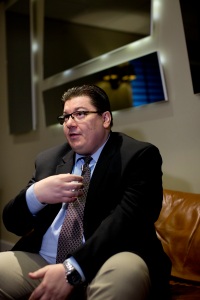 THE HAGUE, Netherlands (AP) — A lawyer for Gen. Ratko Mladic said Monday it is not certain the former Bosnian Serb military commander will show up in a United Nations courtroom when judges deliver their verdicts in his long-running trial for allegedly masterminding atrocities during Bosnia’s 1992-95 war.

Mladic’s attorneys have filed a flurry of recent motions to have the ailing 75-year-old’s health assessed before the International Criminal Tribunal for the former Yugoslavia announces it decisions Wednesday.

He was tried on 11 counts of genocide, crimes against humanity and war crimes.

Mladic’s trial is the last to end at the ground-breaking tribunal before it closes down by the end of the year. The court last year convicted his political master, former Bosnian Serb President Radovan Karadzic, on near-identical charges and sentenced to 40 years. Karadzic has appealed.

Defense attorney Dragan Ivetic said lawyers for the former military leader were not attempting to stall the case and have been trying for weeks to have Mladic’s health checked, fearing a court appearance might kill him.

“We’ve had a medical doctor that has said, actually based on his diagnosed condition, any form of stress, including a trial proceeding, may increase his chance of having a stroke, a heart attack or dying,” Ivetic told The Associated Press.

Judges at the court have so far rejected the lawyers’ requests for doctors to visit Mladic, who survived two strokes and a heart attack before he was arrested and imprisoned in 2011. The former general is under close medical supervision at the United Nations detention facility where he has been held since his arrest.

“General Mladic wants to be present because he believes that he is not guilty,” Ivetic said. “But I don’t know whether the medical circumstances allow him to be present….That’s why I need a medical doctor to assist us all in finding that information out.”

The possibility of Mladic dying before the judges deliver their verdicts recalls former Yugoslav President Slobodan Milosevic, who died in 2006 before judges could pass judgment in his trial. Milosevic was accused of fomenting violence across the Balkans as Yugoslavia crumbled.

Mladic is charged with overseeing atrocities including the 1995 massacre of some 8,000 Muslim men and boys in the eastern Bosnian municipality of Srebrenica, the deadly shelling and sniping of Sarajevo and purges of Muslims and Croats early in the war from towns and villages Serbs wanted to turn into part of a Greater Serbia.

His lawyers have urged the judges to acquit, arguing that he did not give orders for atrocities and was not even in Srebrenica during the 1995 massacre.

It remained unclear if Wednesday’s long-awaited public hearing for announcing the verdicts could go ahead if Mladic does not attend.

His absence would be a disappointment to survivors who traveled to The Hague on Monday to watch the culmination of the trial of the man they hold responsible for killing their loved ones.

One of them, Ramiza Burzic, who lost two sons during the Srebrenica massacre, said she is still hunting for the remains of her second son and blames Mladic.

“We have only found half of the body of my first son. He was not born without a head and arms,” Burzic said as she prepared to board a flight in Sarajevo. “Mladic was there, and he ordered mass graves to be dug and spread all over Bosnia. His intention was that a mother would never find the whole body of her son in those graves.”

Burzic said she expected judges to hand Mladic a life sentence, “so all of his progeny will know what he was doing and what kind of man he was.”

The U.N. tribunal has, in the past, convicted officers under Mladic’s command of involvement in the Srebrenica massacre and the deadly campaign of sniping and shelling in the Bosnian capital, Sarajevo.

If the court does convict Mladic, an appeal is inevitable.

“There are many things that give rise to a potential claim for unfair trial that troubled us during the work that we did and that might require additional filings or action,” Ivetic said.