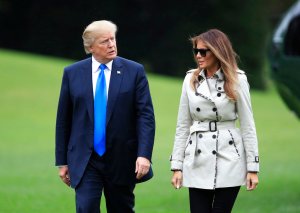 Trump has praised Duterte for his deadly war on drugs that has left thousands dead, according to a leaked transcript of an April phone call.

The White House says Trump will travel in November to Japan, South Korea, China, Vietnam and the Philippines from Nov. 3 to Nov. 14. Trump will also stop in Hawaii.

In South Korea, Trump will meet with President Moon Jae-in (jah-yihn) and “call on the international community to join together in maximizing pressure on North Korea.”

In Japan, Trump will meet with Prime Minister Shinzo Abe (shin-zoh AH’-bay) and participate in a meeting with families of “Japanese citizens abducted by the North Korean regime.”

The White House says the travel will “underscore his commitment to longstanding United States alliances and partnerships, and reaffirm United States leadership in promoting a free and open Indo-Pacific region.”