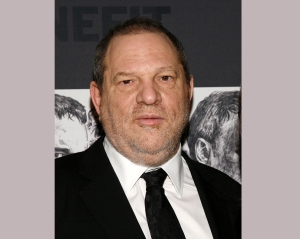 Director Quentin Tarantino says he is “stunned and heartbroken” about the sexual harassment allegations lodged against movie mogul Harvey Weinstein, but needs time to wrap his head around it.

In a brief statement via Twitter relayed by Amber Tamblyn, Tarantino, whose films “Reservoir Dogs,” ”Pulp Fiction” and “The Hateful Eight” were produced by Weinstein, says he will address the issue soon.

“For the last week I’ve been stunned and heartbroken about the revelations that have come to light about my friend for 25 years Harvey Weinstein. I need a few more days to process my pain, emotions, anger and memory and then I will speak publicly about it.”

Weinstein has denied any nonconsensual sexual conduct with any women.

The sexual harassment allegations swirling around Harvey Weinstein has prompted actress Tippi Hedren to remind everyone that actresses have long been preyed upon by powerful movie heads.

“This is nothing new, nor is it limited to the entertainment industry,” Hedren wrote in a tweet this week. “It has taken 50 years, but it is about time that women started standing up for themselves as they appear to be doing in the Weinstein case. Good for them!”

Hedren in 2016 released a memoir “Tippi,” in which she alleged director Alfred Hitchcock sexually assaulted her on the set of “Marnie,” when she was alone in her dressing room.

Rose McGowan has shown she will not be easily silenced, emerging from a brief suspension on Twitter Thursday to post her most pointed allegation at disgraced film mogul Harvey Weinstein.

McGowan tweeted that a person with the initials “HW” had raped her, an apparent reference to Weinstein. The Hollywood Reporter later said McGowan confirmed she was referring to the Oscar-winning producer.

McGowan’s tweet and several others directed at Amazon head Jeff Bezos capped the end of a wild week since The New York Times first reported detailed allegations of harassment allegations against Weinstein that spanned decades.

By day’s end, Amazon Studios had placed its chief, Roy Price, on leave after a producer alleged Price sexually harassed her.

Some people were responding to a call to boycott Twitter on Friday in response to McGowan’s suspension, using the hashtag WomenBoycottTwitter.