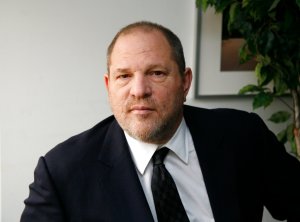 FILE – In this Nov. 23, 2011 file photo, producer Harvey Weinstein, co-chairman of The Weinstein Company, appears during an interview in New York. Weinstein faces multiple allegations of sexual abuse and harassment from some of the biggest names in Hollywood. (AP Photo/John Carucci, File)

RICHMOND, Va. (AP) — Gov. Terry McAuliffe says he will donate funds given to his campaign by disgraced movie mogul Harvey Weinstein to a nonprofit that aids victims of sexual and domestic violence.

Crystal Carson, spokeswoman for McAuliffe’s Common Good VA political action committee, said in a statement Tuesday evening that the governor “is deeply troubled and sickened” about reports of Weinstein’s behavior.

She says McAuliffe plans to contribute an amount equivalent to Weinstein’s 2013 campaign donations to the Virginia Sexual and Domestic Violence Action Alliance.

The Virginia Public Access Project reports the donation was more than $55,000.

Weinstein faces multiple allegations of sexual abuse and harassment from some of the biggest names in Hollywood.