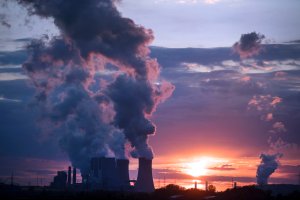 FILE – In this April 27, 2017 file photo smoke billows out of the chimneys of the Neurath lignite power plant in Neurath. Germany. World leaders affirmed their commitment Thursday, June 1, 2017 to combating climate change ahead of U.S. President Donald Trump’s announcement on whether he would pull out of the Paris climate accord. Trump is expected to announce his decision on Thursday afternoon. (Federico Gambarini/dpa via AP,file)

BERLIN (AP) — Top European leaders pledged Thursday to keep fighting against global warming as U.S. President Donald Trump announced he was pulling out of the Paris climate accord, but they rejected his suggestion that the deal could later be renegotiated.

The leaders of France, Germany and Italy said in a joint statement that they regretted the United States’ decision to withdraw from the accord, but affirmed “our strongest commitment” to implement its measures and encouraged “all our partners to speed up their action to combat climate change.”

While Trump said the United States would be willing to rejoin the accord if it could obtain more favorable terms, the three European leaders said the agreement cannot be renegotiated, “since it is a vital instrument for our planet, societies and economics.”

President Emmanuel Macron of France repeated that belief in an English-language speech from the presidential palace, unprecedented from a French president in an address at home. He said, “I do respect this decision but I do think it is an actual mistake both for the U.S. and for our planet.”

“Wherever we live, whoever we are, we all share the same responsibility: make our planet great again,” Macron added.

The European Union’s top climate change official, Miguel Arias Canente, said in a statement that Trump’s decision to leave the Paris accord made it “a sad day for the global community,” adding that the bloc “deeply regrets the unilateral decision.”

Canete also predicted that the EU would seek new alliances from the world’s largest economies to the most vulnerable island states, as well as U.S. businesses and individuals supportive of the accord.

U.N. Secretary-General Antonio Guterres called the U.S. withdrawal from the Paris climate agreement “a major disappointment” and said it was “crucial that the United States remains a leader on environmental issues,” according to his spokesman.

Norway’s largest pension fund with 53 billion euro ($59.5 billion) in assets under its management said it would continue to invest in renewable energy despite the American president’s decision, saying in a statement that “Donald Trump is jumping off a train that has already left the station.”

Chief executive Odd Arild Grefstad cited the growth of renewable energy in U.S. states such as Texas, New York and California as signs that “the world has started the transition from fossil to a renewable economy.”

Fox, who has clashed with Trump since last year’s presidential campaign, said the U.S. leader’s decision “condemns this generation and those to come” and would leave “a dark legacy just to satisfy your greediness.”

New Orleans Mayor Mitch Landrieu, the group’s vice president, said withdrawal from the agreement was “shortsighted” and called climate change a grave threat to coastal communities such as his, as well as the nation and the world.

Inventor and entrepreneur Elon Musk said he would keep his promise to end his participation in two presidential councils after Trump issued his decision.

“Climate change is real. Leaving Paris is not good for America or the world,” the CEO of electric car maker Tesla Inc. tweeted shortly after Trump officially withdrew the U.S. from the global climate pact.

Meanwhile, General Motors, the No. 1 U.S. automaker, said it would continue its commitment to “creating a better environment.” The automaker highlighted its development of the Chevrolet Bolt electric vehicle with 238 miles of range on a single charge and a net price of less than $30,000.

Bill Ford, chairman of the Ford Motor Co., also weighed in, saying: “We believe climate change is real, and remain deeply committed to reducing greenhouse gas emissions in our vehicles and our facilities.”

Before Trump announced his decision Thursday afternoon, Chinese Premier Li Keqiang told reporters during a visit to Berlin that fighting global warming was a “global consensus” and an “international responsibility.”

Without mentioning the U.S. specifically, Li said that “China in recent years has stayed true to its commitment” and pointed out that his was one of the first countries to ratify the 2015 Paris Agreement.

While traveling abroad last week, Trump was repeatedly pressed to stay in the deal by European leaders and Pope Francis. Withdrawing would leave the United States as one of just three countries outside the agreement. The other two are Syria and Nicaragua.

Russia joined the chorus speaking out for the climate accord. Speaking to reporters on Thursday before Trump’s decision was announced, a spokesman for President Vladimir Putin said Russia “thinks highly” of the accords and sees no alternative to it. Spokesman Dmitry Peskov added that its implementation will not be as effective “without the key signatories.”

Scientists say Earth is likely to reach more dangerous levels of warming sooner if the U.S. retreats from its pledge because America contributes so much to rising temperatures. Calculations suggest withdrawal could release up to 3 billion additional tons of carbon dioxide a year — enough to melt ice sheets faster, raise seas higher and trigger more extreme weather.