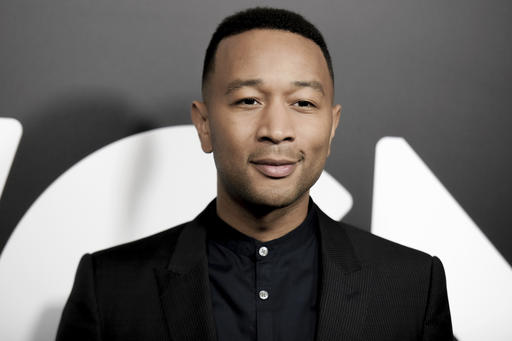 FILE – In this Friday, Jan. 13, 2017, file photo, John Legend attends a photo call for WGN America’s “Underground” at the CTAM portion of the 2017 Winter Television Critics Association press tour in Pasadena, Calif. The producer of the Grammy Awards said Legend and Broadway star Cynthia Erivo will perform during the show’s In Memoriam segment on Sunday, Feb. 12, 2017. They will perform the Beach Boys’ “God Only Knows.” (Photo by Richard Shotwell/Invision/AP, File)

Executive producer Ken Ehrlich announced Tuesday that Legend and Erivo will perform a new arrangement of “God Only Knows” during the show’s In Memoriam segment.

The veteran producer was listening to music at home when he suddenly heard the 50-year-old song in a new way.

“I heard that song for the first time in the context of loss — not lost love, but in the context of what would I be without you, someone who’s gone?” said Ehrlich, who is producing his 37th Grammy Awards this year. “And I played it again, and then I played it again. And then when I wiped away the tear — which seriously I had — I said, ‘This is what we need to do this year. This is the song,'” adding, “It’s by far my favorite Beach Boys’ song.”

He imagined a slower version for In Memoriam, which he quickly arranged on piano, then tapped Legend and Erivo to perform it.

“They both sparked to it and said yes,” Ehrlich said. “It’s not a song that’s written by someone who is in the In Memoriam segment, but it’s about it, and it really resonates.”

As for whom to include in the segment, Ehrlich said a committee at the recording academy circulates a list of more than 500 names, which must be whittled down to 50 for the three-minute package.

Still, he finds the task of putting the segment together so heart-wrenching, he hands it off to a fellow producer.

“There are people that I would put in there, but it’s not about me,” Ehrlich said. “It’s about the music industry as a whole and all of its parts: classical and rock and pop and Latin and jazz. So it’s a difficult process. … One of my co-producers on the show kind of shepherds it because otherwise I think it could be so time-consuming that it would eat me up.”