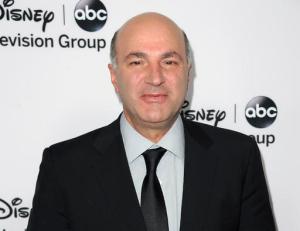 FILE – In this Jan. 10, 2013 file photo, Kevin O’Leary attends the Disney ABC Winter TCA Tour in Pasadena, Calif. The “Shark Tank” cast member is running for the leadership of Canada’s opposition Conservative party. O’Leary, a businessman and television commentator who has drawn comparisons to Donald Trump, said Wednesday, Jan. 18, 2017, the party needs a candidate who can beat Liberal Prime Minister Justin Trudeau and bring back jobs to Canada.(Photo by Richard Shotwell/Invision/AP)

TORONTO (AP) — Canada is getting its own reality show politician.

O’Leary is a businessman and television commentator who has drawn comparisons to U.S. President-elect Donald Trump. He said the party needs a candidate who can beat Liberal Prime Minister Justin Trudeau and bring jobs back to Canada.

“Shark Tank” is an American reality show in which entrepreneurs try to convince a cast of tycoons to invest in their ideas. Mark Burnett, who created “The Apprentice” with Trump, also produced “Shark Tank.”

O’Leary is best known in Canada as a former bombastic judge on CBC’s “Dragons’ Den,” a Canadian equivalent of “Shark Tank.”

“We need a leader that can actually deal with Trump,” O’Leary told CTV television.

O’Leary declined to hold a news conference for his leadership announcement, preferring social media and interviews with select media.

He’s competing against 13 lower-profile candidates. Former Conservative ministers such as Peter MacKay and Jason Kenney have declined to run for the leadership.

O’Leary has no political experience. He gained marketing experience at Nabisco before founding software company Softkey in the mid-1980s. The company was eventually acquired. He also ran a mutual fund company, O’Leary Funds Inc, until it was sold in 2015.

O’Leary said he differs with Trump on immigration.

“I’m being compared to Donald Trump on this issue all the time and it’s true that we both got famous on reality television,” O’Leary said. “I’m the son of an immigrant of from Ireland and Lebanon. There are no walls in my world. I wouldn’t exist if Canada had walls.”

Trudeau remains popular in polls, though O’Leary said Trudeau is “destroying” Canada with debt. He said he needs to rid Canada of Trudeau and said there will be an “exorcism” in the 2019 election.

“It was a big surprise when Donald Trump got elected in the U.S. He’s changed all the rules with Canada’s largest partner. I would have expected that Justin Trudeau would have waited to find out what the policies were going to be,” O’Leary said.

O’Leary said Trudeau should have changed course and made Canada competitive on taxes and regulation, but instead is charging ahead with a carbon tax that will make Canadian companies uncompetitive compared to American companies.

“It shows he doesn’t understand what the driving force is of Canada, its jobs,” O’Leary said.

“We can’t provide all the things we have promised in education, health care, in the military, unless we have growth in our economy and its ground to a halt.”

O’Leary also said Canada should be paying more to support NATO — something Trump has said America’s allies should do.

He also said Canada’s needs to reduce its reliance on oil from Saudi Arabia.

“We spend $12 billion a year on Saudi oil coming up the St. Lawrence because we can’t get our oil to from the west coast to east coast,” O’Leary said. “We’re giving $12 billion to a country that beats women with a stick.”

O’Leary said he can win the leadership because he can attract young voters who know him for his celebrity.

“Those are the people that voted for Justin. They are disappointed that they are still in their parents’ basements looking at the ceiling, no jobs. I’m going to win them all back for the Conservative Party because that’s my army of entrepreneurs. That’s who know me from ‘Dragon’s Den’ and ‘Shark Tank,'” he said.

Former “Dragon’s Den” colleague Arlene Dickinson, a Canadian businesswoman, said O’Leary is in the race for fame and attention and never saw O’Leary show compassion in the years she worked with him. She sees a lot of similarities to Trump including bravado and narcissism.

“What’s different is the countries in which they are trying to exert themselves in,” Dickinson told the Canadian Broadcasting Corp. “I believe Canadians are much smarter and are looking for something far different.”
Copyright 2017 The Associated Press. All rights reserved. This material may not be published, broadcast, rewritten or redistributed.