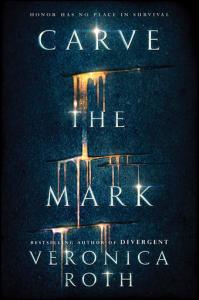 NEW YORK (AP) — Veronica Roth wants the tour for her sci-fi/fantasy novel “Carve the Mark” to be a little like the book itself, a “sojourn” defined by “exploration and curiosity.”

“(W)ith each stop on the tour, my intention is to learn about the cities I’m traveling to,” the Chicago-based author best known for her multimillion-selling “Divergent” series told The Associated Press recently. “I’m taking recommendations from the locals themselves, via social media, and documenting the experiences as I go! It’s easy to get to a point, on a book tour, where you don’t even remember which time zone you’re in. But I’m trying to become a more curious person and ‘sojourning’ is a way to honor that.”

Roth’s book comes out in mid-January and HarperCollins told The Associated Press on Wednesday that she will visit 10 cities, starting in New York on Jan. 17 and continuing with stops ranging from Glencoe, Illinois to Katy, Texas. Roth expects an enthusiastic, but calmer reception than when she promoted the last of the “Divergent” books, “Allegiant,” and was often confronted by fans worked up over the surprising (and tragic) plot twist at the end.

“A few people were upset, others were angry. A few leaned in and whispered something supportive like it was a secret. All of it was so emotional for me!” she recalls. “But I’ll never forget how awesome and kind most readers were; my Irish fans compiled a book of very sweet, reassuring letters, telling me what the series had meant to them. I still have it in my office.

“That tour was intense because all the varied reactions were so raw and fresh, but there was something lovely about it, too— something communal.”

“Carve the Mark” is the first of two planned volumes. It’s being billed by the publisher as “Romeo and Juliet meets Mortal Combat in space,” and the book will have some of the themes known to “Divergent” readers, whether warring societies or a determined young heroine. Roth says that she was able to push aside any pressure she might have felt about following “Divergent.”

“It was a kind of special experience with this story,” she says. “It’s pretty normal in the course of the editing process to get tired of a story. But I knew this was the right one and felt a lot of joy in creating this big expanse of planets. It all felt very natural. The action and some of the friendships will feel familiar to my readers but it’s definitely a new world and a big new challenge.”
Copyright 2016 The Associated Press. All rights reserved. This material may not be published, broadcast, rewritten or redistributed.