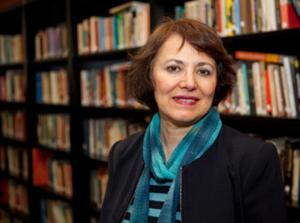 TEHRAN, Iran (AP) — A Canadian-Iranian retired professor was released from prison on “humanitarian grounds” and flown out of Iran on Monday, state media reported, ending her months of detention alongside other dual nationals swept up by hard-liners in the security services.

Homa Hoodfar returned to Canada via Oman, a brief report on the state-run IRNA news agency said. Similar reports were filed by other Iranian media at the same time.

Kaveh Ehsani, a friend of Hoodfar’s in Chicago, declined to comment when reached by The Associated Press. Other family members did not immediately respond to a request for comment.

Hoodfar, 65, was questioned and barred from leaving Iran in March after traveling to the country to visit family following the death of her husband. Her family said she has been held in Tehran’s Evin Prison since June. Hoodfar until recently taught anthropology and sociology at Montreal’s Concordia University.

In July, Iran announced indictments for Hoodfar and three others, without providing any details about the accusations.

Iran does not recognize dual nationalities, meaning those detained cannot receive consular assistance. A string of dual nationals have been arrested in recent months. Analysts have suggested Iranian hard-liners hope to use them as bargaining chips with the West.

Canada has not had an embassy in Iran since 2012, when its then-Conservative-led government cut diplomatic ties over Tehran’s contested nuclear program and other issues. In the time since, world powers have reached a deal with Iran for it to limit its uranium enrichment in exchange for the lifting of crippling economic sanctions.