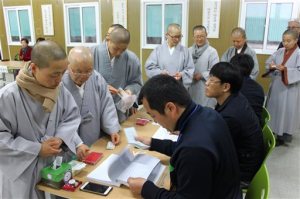 The outcome, which came as a surprise to many, will likely threaten Park’s plans to push ahead with controversial economic reforms, including plans to make it easier for companies to lay off workers, and blow open next year’s presidential race. The emergence of a new center-left party also ensures further changes to South Korea’s political landscape, which had long been shaped by two-party dynamics.

Prior to Wednesday’s parliamentary election, pollsters had predicted that the ruling Saenuri Party would crush a divided opposition and raise its expectations to take the presidency in 2017, after Park’s single term expires.

But after more than 99 percent of the votes were counted early Thursday, Saenuri wasn’t even the party with the largest number of seats, let alone a majority in the 300-seat assembly.

Minjoo trounced Saenuri in Seoul and the neighboring metropolitan areas, where the two largest parties competed most fiercely. However, the People’s Party, led by Minjoo defector and likely presidential candidate Ahn Cheol-soo, dominated Minjoo in its traditional strongholds in the southwest Jeolla region.

The remaining 47 proportional representation seats will be allocated to parties according to the outcome of the party vote. A preliminary vote count showed Saenuri winning 15 proportional seats compared to 11 each by Minjoo and the People’s Party.

The National Election Commission was expected to announce the official results soon.

There has been disappointment among South Koreans over a sluggish economy, with official figures showing household debt reaching new highs and the unemployment rate for people under 30 reaching levels not seen since the late 1990s, when millions lost their jobs during a crippling financial crisis.

The outcome of the vote indicates that the opposition parties have successfully absorbed conservative voters who have become disappointed with Park. Months before the vote, Minjoo brought in as chairman scholar-turned-politician Kim Chong In, who had advised Park on economic policies during the 2012 presidential campaign. Ahn, the founder of one of South Korea’s largest computer software companies, has portrayed himself as a politician whose strength is with economic issues.

The weak showing by Saenuri also shows that voters weren’t swayed by national security issues as much as they were before, although surveys taken prior to Wednesday’s vote showed strong support for Park’s hard-line approach to North Korea following its recent nuclear test and long-range rocket launch.

Hostility between the rival Koreas in election years has often been seen as helping the conservatives by allowing them to highlight their hard-line approach against the North. Liberals have traditionally backed rapprochement policies with the North.

The election commission estimated that 58 percent of the country’s 42 million voters participated in Wednesday’s election, a higher turnout than four years ago, when 54.2 percent of the electorate turned out. It wasn’t immediately clear whether larger participation by younger voters, seen as more likely to vote for liberals than voters over 50, contributed to the increase in turnout.

Since losing its second consecutive presidential election in 2012, the Minjoo Party has struggled with factional infighting and lawmaker defections, and saw its seats decline from 127 to 102 in the current assembly.

South Korea’s electorate is deeply divided along generational and ideological lines, and also by fierce regional loyalties. Voters in the southeast Gyeongsang regions have for decades overwhelmingly voted for conservatives in parliamentary and presidential elections.