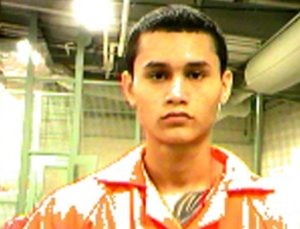 NEW ORLEANS (AP) — A man convicted for his role in a gunfight that killed one bystander and left nine people injured on New Orleans’ famous Bourbon Street was sentenced Monday, April 4, 2016, to 60 years in prison, the maximum penalty.

State District Judge Byron Williams sentenced Trung Le, 22, to 40 years for manslaughter in the death of Brittany Thomas of Hammond. The judge sentenced him to 20 years for attempted manslaughter for firing at the other gunman — who has never been captured or identified. The sentences will be served consecutively.

“I wish that I could sentence you to more,” Williams told Le, who stood silently as the sentence was pronounced. Williams said Le had “dodged the proverbial bullet” when a jury found him guilty of manslaughter on Jan. 15. He had been charged with second-degree murder, which carries a mandatory life sentence in Louisiana.

The gunfight broke out early on June 29, 2014, as tourists walked the famous street of nightspots in the historic French Quarter.

Thomas’ mother was present in the courtroom and told reporters later she was satisfied with the sentence. During the hearing, Assistant District Attorney Laura Rodrigue noted that Thomas, a nursing student, would have turned 23 this year.

Rodrigue also read a statement from Amy Matthews, an Australian tourist who was hit in the face by a bullet.

Matthews’ letter described a series of facial surgeries, lingering pain, the loss of most of her teeth and psychological trauma that includes panic attacks and nightmares.

“I contemplated suicide more than once,” the statement said.

Prosecutors said Le, from the New Orleans-area city of Belle Chasse, was the aggressor, firing at someone believed to have earlier stolen marijuana from Le’s friends.

Le defense attorney Martin Regan insisted throughout the trial, and again at Monday’s hearing, that Le fired in self-defense when the other armed man threatened him and his friends. He insisted that video evidence that was a point of dispute through much of the trial shows that Le’s friends standing outside a Bourbon Street nightspot were “in fear for their lives.”

Thomas is believed to have been killed by a bullet fired by the still-unknown second gunman. Others hit by the gunfire included Matthews and visitors from Mississippi, Alabama, Arkansas and Florida, some of whom testified about their injuries at Le’s January trial.

The outbreak of violence stunned the tourism-dependent city, renewed attention to manpower shortages at the city police department and led state police to help beef up the city’s patrols along Bourbon Street and the rest of the French Quarter.

Mayor Mitch Landrieu was quick to react to the sentence with a statement saying “justice has been served” and expressing sympathy for Thomas’family.

“Our justice system has sent a clear and resounding message about accountability to the community – if you engage in brazen acts of violence, you will be prosecuted, sentenced and punished to the fullest extent of the law,” Landrieu’s news release said.