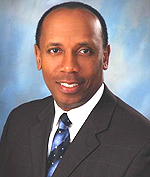 The Norfolk State University Board of Visitors voted at its regular meeting on Friday, March 18, to set tuition and fee rates for the 2016–17 academic year. The board approved a $156 increase in tuition and $216 increase in mandatory fees for resident undergraduate students. The tuition for graduate students increased $846 and mandatory fees increased $216.

As one of the first institutions to set its tuition and fees, NSU still expects to remain one of the most affordable four-year institutions in the Commonwealth of Virginia.  Similar or higher hikes are expected at other public universities in Virginia.

In addition, the BOV voted on the approval of two online degree programs and nominated and elected board officers.

The board approved online degree programs in tourism and hospitality management and general business, management information systems. They also reinstated a Master of Arts in Teaching Certification Program.

The board also nominated and elected Dr. Byron L. Cherry Sr. as NSU Rector and Dr. Melvin T. Stith as Vice Rector. Both are graduates of Norfolk State University.