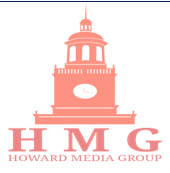 Howard University President Wayne Frederick announced on January 13 that the university would participate in a reverse auction through the FCC, in which WHUT-TV will make its spectrum available for purchase or some other arrangement.  However, he noted that the details of the deal would not be available until later in the year.  The auction is to be held in Spring 2016 with deals concluding in summer and fall.

Under Section 1.2205(b) of the FCC rules, the commission maintains confidentiality of the results of the auction until the parties involved have finalized their agreements.  After such agreements are reached, details are made available in a public statement by the FCC.  We will address the prickly matter of “confidentiality” later in this comment.

According to the Spectrum Act of 2012, stations participating in the reverse auction (also called the incentive auction) have the options of (1), selling the spectrum and relinquishing their broadcast licenses; (2) moving from UHF (ultra-high frequency) to VHF (very high frequency) spectrum; or (3) partnering (i.e., sharing) a channel with another television broadcaster.  The FCC is holding the auction to obtain additional spectrum for broadband use by private companies, and station owners are motivated to participate by the possibility of gaining substantial revenues.

The Howard Media Group (HMG) expressed its opposition to WHUT’s participation in the FCC auction in our position paper issued in November 2015. We based this on our years of conducting research on the disappearance of minority and women-owned stations in the US, and we cited the public interest issues involved in having the nation’s only African American-owned public television station be placed up for auction.  We cited other alternatives, such as exemplified by other campuses that also own stations that are entering into partnerships and/or leveraging parts of their spectrum for continued use.

Howard’s viewership represents a large and significant market, one that is classified as increasingly reliant on over-the-air (OTA) television.  In a recent survey, GfK’s Home Technology Monitor points out that over-the-air (OTA) television viewers skew towards minorities, lower-income families, and younger adults. This profile is essentially that of Howard’s 2 million viewers. The number of OTA viewers jumped from 17% African Americans in 2011 to 23% in 2012.

HMG’s position is supported by other research, such as the Corporation for Public Broadcasting’s report “Facing the Spectrum: Incentive Auction and Repacking Process” (2012), which observed that the loss of public television channels would leave large populations in the nation without access to quality programming.  Washington, DC’s two other public full-power television stations provide quality programming, but Howard’s differs from theirs with its primary focus on the black experience, other ethnic-oriented content, and progressive news and public affairs shows.  WHUT also covers events on the Howard campus, which other local stations do not.

The university has until March to pull out of the auction if it so desires, and stations that completely sell off their spectrum have up to three years to actually relinquish it.  This is to say that while WHUT’s future is not yet known, neither is it yet gone.  We hope the university will respond by withdrawing.

Meanwhile, we believe it is important to see the WHUT-TV situation in the broader context of what is happening in telecommunications today.  On January 13 (the same day President Frederick announced his decision to participate in the auction), the Washington Post reported that CBS, NBC and “a range of other TV operators” had also filed to participate in the FCC auction.  FCC Commissioner Jessica Rosenworcel was quoted as saying that she recognized the great interest in the auction but also believed there should be more details provided to the public about how big a deal this auction will be.  We in HMG agree with Commissioner Rosenworcel.

Unfortunately, the Post article by Brian Fung failed to note that the spectrum, by law, belongs to the public, and as established as such by the Communications Act of 1934, it is to be used for the public interest, necessity and convenience.  The government (represented by the FCC in this instance) is supposed to act in our (the public’s) interest in carrying out its responsibilities.  However, is it?

The issue of access to diverse, inexpensive programming is not insignificant.  Presently, under the broadcast model, anyone with a basic receiver can receive a broadcast TV signal, and this is the means by which millions of people in the United States still get their television programming.  Broadcast utilizes the spectrum in the public interest in a way that cable and cellular do not.  Once the spectrum is licensed to cellular, cable and satellite companies, users will have to pay for their service to receive TV.  More important, the spectrum shifts from a public resource (broadcast) to a resource used by private companies for their own profit, not the broader public good.  It is possible for there to be publicly sponsored broadband service but only a couple of municipal districts have chosen to do that, and the FCC has done nothing to encourage it.

A second deeply significant dynamic at play is that the companies most likely to buy up broadcast spectra are the largest telecoms which already dominate the communications industry.  Stations owned by one individual, a family, or even a small parent company are facing short lives, and these smaller entities are the ones most likely to be owned and operated by African American, Hispanic and other minorities, or by women.  In other words, this deeply important diversity factor should not be overlooked in the present climate of auction fever.

The matter of who speaks for whom in a democracy, therefore, comes strongly into view as we face our communications future.

Public interest advocacy groups, such as Media Mobilizing Project in Philadelphia, have begun to tackle the situation by organizing broad public and political support to hold the telecoms accountable to serve low income and minority residents.  As a result, the cities of Philadelphia and Seattle recently adapted their franchise agreements with Comcast to require the company to expand low cost and other services to low income sections of the city and to make other changes in the public interest.  These models are worthy of consideration by citizens across the nation.

Still, the matter of who owns and controls communications industries also must not fade from view.  Telecommunications is the second largest income-generating industry in the world (second only to the pharmaceutical industry), and those who derive those profits wield enormous economic and political power both nationally and internationally.  Research by Operation Push shows that representation by women and non-white individuals on boards of directors of traditional media, cable, and new media companies ranged from only7% to 30% in 2012.  Again, the matter of who has access to the channels of communication arises and who controls the policies of those companies is more than a scholarly concern for members of Howard Media Group, which is situated at a university that has a mission to advance the education and status of underserved populations.  Who should speak for whom in a democracy also determines who has access to the public sphere, a discursive space required for democracy to function.

Last, we wish to return to the matter of confidentiality, which is really a misnomer for transparency.   As the Corporation for Public Broadcasting observed in its 2012 report, “While the FCC. . will protect the confidential information of all stations participating in the reverse auction . . . it can be argued that public media stations have an ethical obligation to their communities to conduct their activities in a transparent and accountable manner, consistent with their legal obligations with respect to open records and open meetings” (p. 53).  The report goes on to say that “because its ethical obligation to its community arises from the fact that they hold spectrum in trust for service to that community, the obligation for transparency is strongest where a public media station is considering entering a bid in the incentive auction that would terminate its service to its community” (p. 53).

This reasoning provides a compelling case for President Frederick to inform the Howard community and WHUT viewers of the university’s plans as regards the future of this important station.  We call on the president to act in the framework of transparency and share the destiny of this station’s future with the university and the WHUT community.