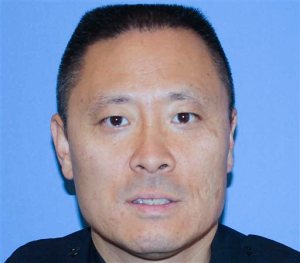 CINCINNATI (AP) — An armed suspect who killed a Cincinnati police officer and then was shot to death by police wanted to ambush and kill as many officers as possible, a prosecutor said Wednesday.

Hamilton County prosecutor Joe Deters said there will be no charges in the case. Deters said 21-year-old Trepierre Hummons, had he survived, would have been facing the death penalty for shooting Officer Sonny Kim.

“I believe the motivation was, his goal was, to lure and kill as many police officers as he could,” Deters said.

He said Tom Sandmann, the officer who killed Hummons, “deserves a medal” for saving lives. “There could have been a lot more dead police officers,” Deters said.

Deters said after his investigation, he saw no need to take the case to a grand jury.

Cincinnati police had earlier said they thought Hummons was seeking a “suicide by cop.” But Deters said Wednesday he believed that Hummons, who was distraught after being accused of sexual assault by a girlfriend, was making “an attempt at mass murder.”

Deters also said that Hummons was under the influence of alcohol and some type of drug.

Hummons’ mother, Khanita Maston, told a Cincinnati Enquirer reporter while she was watching the news conference on television that Deters’ version of events wasn’t accurate.

“What they said, that’s not what happened,” she said, declining further comment

Deters also released dashboard-camera video from Sandmann’s police cruiser, following a months-long standoff with news organizations. During a news conference being broadcast live locally, Deters played only a brief clip showing Hummons standing near Kim, who was on the ground, and then advancing toward Sandmann while pointing a gun at him. Hummons’ hands fly into the air, then he appears to turn back toward Sandmann just before he disappears from view.

Deters said Hummons fell after being hit, then was shot again as he tried to reach for his gun.

Deters urged the news media to be sensitive in what they aired from the video. Kim’s widow had appealed publicly against its release, saying it would add to the family’s grief.

Police have said Kim, 48, was responding to two 911 calls about a man with a gun. The 911 caller reported that the subject was a “belligerent” black man in his early 20s who was wearing a white T-shirt with a gun tucked in his waistband.

Police later determined the caller was Hummons himself.

Kim was the first officer to arrive and Hummons shot him three times, with one of the bullets hitting a major artery, Deters said. After Sandmann arrived, a gunfight broke out, with Hummons using Kim’s gun to shoot at Sandmann, Deters said. The prosecutor said Sandmann opened fire, with two shots hitting Hummons.

Deters told reporters that Hummons’ mother was at the scene when he shot Kim.

Cincinnati’s interim police chief, Eliott Isaac, said Wednesday that all of the officers involved responded appropriately and that lessons to be learned from the tragedy was that officers must always be vigilant and “look after each other.”

Deters said he had talked recently to Kim’s widow. She had written earlier to city officials saying she didn’t want their three children to see Kim “lying helplessly on the ground.”

The Associated Press was among news organizations that sought the video under public records laws.

In July, media organizations including the AP sued Deters when he refused to release police body-camera video involving the July 19 fatal shooting of a black motorist in a traffic stop by a white University of Cincinnati police officer. Deters later released the video when he announced a murder indictment against Officer Ray Tensing. Tensing has pleaded not guilty to charges of murder and voluntary manslaughter.

Deters has asked the Supreme Court to throw out the news media’s lawsuit in that case, saying the issue is moot. But he also said in a motion filed in August he wouldn’t object if the court looked at the overall issue of releasing such video in the midst of investigations, since the issue is likely to come up again.