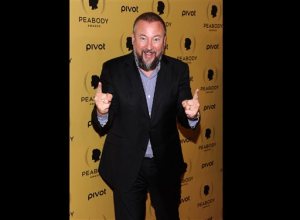 FILE – In this May 31, 2015 file photo, Vice co-founder and CEO Shane Smith attends the 74th Annual Peabody Awards in New York. Vice Media and A+E Networks are joining forces for a cable channel to be programmed by Vice Media with lifestyle and documentary fare aimed at the 18-to-34 demographic already flocking to Vice online content. The channel, with the working title Viceland, is expected to launch early next year and will take over A+E’s H2 channel. It will be available in about 70 million homes. (Photo by Charles Sykes/Invision/AP, File)

NEW YORK (AP) — Vice Media is adding a U.S. cable channel to its digital video empire as it tries to gain viewers in old as well as new media.

The network, tentatively called “Viceland,” is “the next step in the evolution of our brand and the first step in our global roll-out of networks around the world,” said Shane Smith, Vice co-founder and CEO, in a statement Tuesday.

Viceland is expected to launch early next year, taking over A+E’s H2 channel. It will be available in about 70 million homes.

Vice, based in the home of all-things-hip, Brooklyn, New York, caters to millennials — the 18-to-34-year-olds prized by advertisers. It was born as a print magazine in Montreal in 1994, and made its name with edgy, provocative online video.

It dipped its toe in TV with a short-lived MTV series, “The Vice Guide to Everything,” that started in late 2010. Then it struck a deal with HBO for a weekly news magazine that began in 2013. That’s grown into plans for a daily newscast on HBO and documentaries.

There’s been a slew of old-media partnerships and investments: A movie deal with Fox in December of 2014, although it hasn’t announced any projects yet. Short video on Verizon’s new go90 mobile video service. A Canadian TV network that’s planned to start in winter of 2016. A+E Networks, which is owned by Disney and Hearst, last year bought a 10 percent stake in Vice. There are shows on European networks.

That’s landed the company a $2.5 billion valuation as of its last round of fundraising, more than year ago.

According to CNBC, Smith said in October that Vice’s profit and revenue have been doubling every year.

Vice spokesman Jake Goldman said the company was on track for $1 billion in bookings this year, with an unspecified portion of that producing revenue next year.

Why does Vice want to be on TV? Smith told CNBC last month, “We want to be able to go to our brands and say we can do TV, we can do mobile, we can do OTT, we can do everything.” (OTT is “over-the-top,” or online video that you don’t need a cable subscription for, like HBO Now, Netflix and Hulu.)

Live TV ratings have slid as viewers migrate online — watching Vice videos on YouTube, for example. Time spent on live TV is slipping as smartphone use climbs, according to ratings tracker Nielsen. Traditional media companies like A +E, Comcast’s NBCUniversal and Disney have invested in digital media outlets.

But TV is still a huge force, even for the young. A study released Tuesday by Common Sense Media showed that 58 percent of teenagers watch TV every day, with half that time spent on live viewing.

Oscar-winning writer-director Spike Jonze, a Vice partner and creative director, is overseeing the development of Viceland. It will feature hundreds of hours of new programming developed and produced by Vice.

The initial slate of prime-time shows will include “Gaycation” (with Ellen Page and Ian Daniel), “Huang’s World” (with Eddie Huang), “Noisey” (with Zach Goldbaum), “Vice World of Sports” (with Sal Masekela) and “Weediquette” (with Krishna Andavolu).