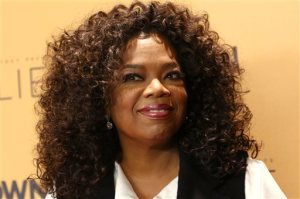 FILE – In this Wednesday, Oct. 14, 2015, file photo, Oprah Winfrey attends the premiere of the Oprah Winfrey Network’s (OWN) documentary series “Belief,” at The TimesCenter in New York. Weight Watchers announced Monday, Oct. 19, 2015, that Winfrey is taking an approximately 10 percent stake in Weight Watchers for about $43.2 million and joining the weight management companys board. (Photo by Greg Allen/Invision/AP, File)

NEW YORK (AP) — Oprah Winfrey is taking a 10 percent stake in Weight Watchers for about $43.2 million and is joining the weight management company’s board.

Winfrey is buying about 6.4 million shares of Weight Watchers. The company’s board expands from nine to 10 members with Winfrey’s inclusion.