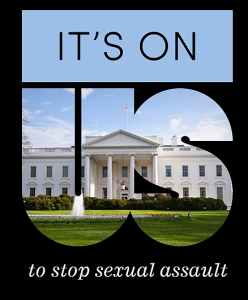 The White House, along with CollegeHumor, an online website that produces videos and articles geared towards college students, have partnered for the “It’s On Us” week of action from Nov. 8-14. The week is designated for college campuses to bring awareness to sexual assault. Initiatives from pledge drives, town hall meetings and other events will be utilized at colleges across the nation during the week.

Last September, the Department of Justice (DOJ), partnered with Generation Progress, an advocacy group that is committed to issues that affect millennials, launched a pledge in the hopes that people who signed it would do their part in curving incidents of sexual assault. Since the launch of the project, the pledge has received over 250,000 signatures. This pledge and the “It’s On Us” week of action are just some of the various ways the White House is trying to prevent sexual assaults on college campuses.

In a call with the Spartan Echo, Senior White House Advisor Valerie Jarett said that these efforts will help “to fundamentally shift the way the nation views sexual assault at college and universities.” According to the Department of Justice, one in five college women will be the victim of sexual assault on campus. Vice President Joe Biden will be touring Morehouse College and Clemson University to participate in the “It’s On Us” week of action.

“The goal is to make sure sexual assault doesn’t happen, but when it does, we want to make sure victims have options of whether or not to report it and seek counseling and other support,” Jarett told the Spartan Echo.

Norfolk State University like other universities conducted mandatory sexual assault training and also has a LiveSafe smart phone app that allows users to report incidents of sexual assault and other crimes on campus. Other campuses are holding Twitter chats, summits and social media campaigns to raise sexual assault awareness.

Spencer Griffin, the Vice President of CollegeHumor, is thrilled with the idea of the initiative. CollegeHumor recently did a “one thing” video describing that sex without consent is rape and, in one week, the video received over 2.4 million views. Various celebrities are also involved with the “It’s On Us” project, including Jake Johnson, who starred in New Girl and 21 Jump Street. Johnson, who stars in the “It’s On Us” PSA by CollegeHumor said in regards to sexual assault, “It’s on the community. It’s on us to be responsible. I love this idea. And I think comedy is a great way to reach people.”

For more on the “It’s On Us” week of action, visit http://www.whitehouse.gov.